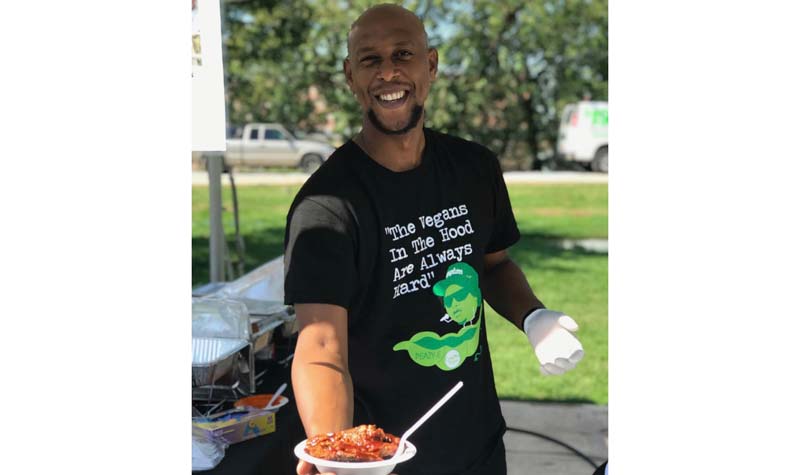 Chef Lemel Durrah was born in Compton, CA on December 24, 1983. Lemel truly is a product of his community. From experimenting in the kitchen to doing cooking demos in Orange County. The journey over the last 2 years have been amazing. Lemel started Compton Vegan in 2017 as a local mobile vegan delivery service for Compton and surrounding inner cities. . Lemel is a proud vegan and stresses the importance of health and nutrition. In 2015, as a self-taught chef Lemel started “Compton Vegan” a 100% vegan catering business emphasizing proper nutrition. In 2017, he decided to take Compton Vegan to a new level, promoting his business on Instagram and Facebook reaching thousands of individuals who want healthier eating choices in the inner city.Chef Durrah believes that giving back to the community is his purpose and he walks in his purpose daily.In 2018, Compton Vegan has taken off fast making food festival stops in Portland, Oregon, Houston, Texas, Chicago, Illinois, Toronto, Canada and New York, New York. Chef Lemel Durrah plans to open a food truck business very soon followed by the first vegan restaurant in the city of Compton.

Chef Durrah’s goal is to provide affordable, healthy and convenient meals to everyone!