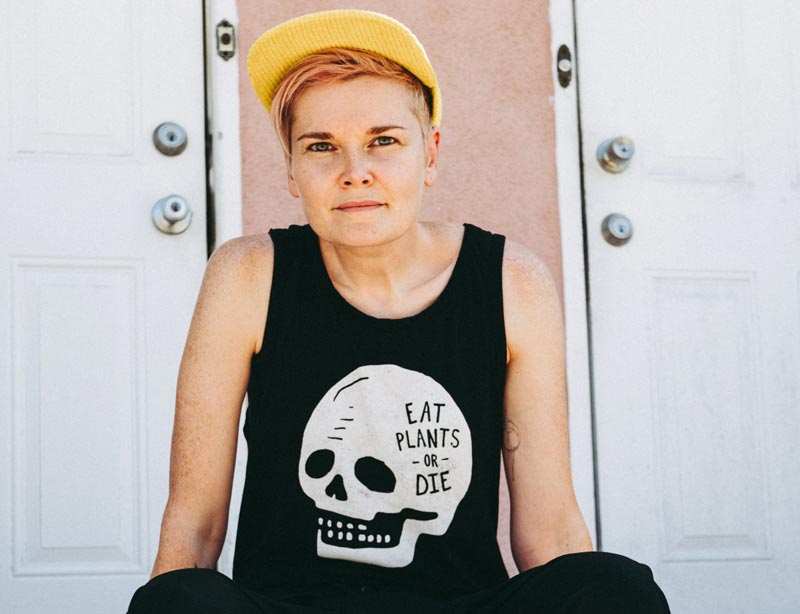 Jacky Wasserman is a graphic designer and owner of vegan apparel brand BEETxBEET based out of Los Angeles, CA. In 2008 she won a t-shirt design contest for Obey Clothing that igniting her career in the apparel graphics world. She became vegan in 2012, moved from her hometown of Atlanta, GA to Los Angeles in 2013, and started BEETxBEET in 2014 by combining all of her industry knowledge and design skills. The brand is influenced by her love of food, music and streetwear fashion. Jacky has created collaborations with animal rights group Mercy For Animals and vegan coachella-esque festival, Eat Drink Vegan. BEETxBEET donates a portion of proceeds from the line to animal rights and social justice organizations. Currently, Jacky focuses on running BEETxBEET and DJing for fun.