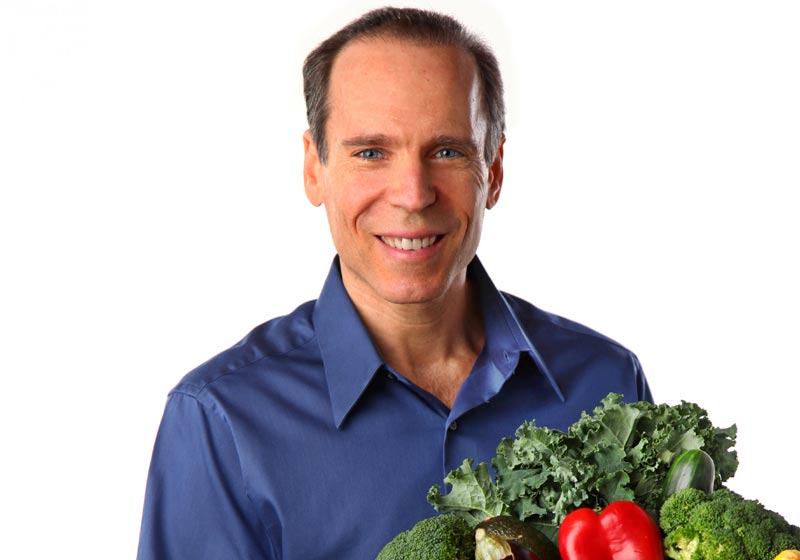 Joel Fuhrman, M.D. is a board-certified family physician, six-time New York Times best-selling author and internationally recognized expert on nutrition and natural healing, who specializes in
preventing and reversing disease through nutritional methods. Dr. Fuhrman coined the term “Nutritarian” to describe his eating style, which is built around a diet of nutrient-dense, plant-rich foods. Dr. Fuhrman has authored numerous research articles published in medical journals and is on the faculty of Northern Arizona University, Health Science Division. He serves as President of the Nutritional Research Foundation.

For over 25 years, Dr. Fuhrman has shown that it is possible to achieve sustainable weight loss and reverse heart disease, diabetes and many other illnesses using smart nutrition. In his
medical practice, and through his books and television specials, he continues to bring this life-saving message to hundreds of thousands of people around the world.

Dr. Fuhrman created the Nutritarian diet, an eating plan that incorporates the latest advances in nutritional science. At the center of the Nutritarian diet is the simple health equation, H=N/C. This equation expresses the concept that your health (H) is predicted by your nutrient intake (N) divided by your calorie intake (C). His ANDI scoring system (featured in Whole Foods Market), which measures the relative nutrient density of common foods, has directed millions of consumers to eat an anti-cancer diet-style.

This lecture reviews the evidence that nutritional excellence is not just preventative but therapeutically effective for the reversal of serious disease.  Say goodbye to Autoimmune disease, liver disease, heart disease, diabetes, headaches, and much more. Control your health destiny.

Background
A native of Yonkers, N.Y., Dr. Fuhrman is a former world-class figure skater, who placed second in the United States National Pairs Championships in 1973 and third in the 1976 World Professional Pairs Skating Championship in Jaca, Spain. Along with his nutritional expertise, Dr. Fuhrman has been involved professionally with sports medical committees, advised professional
and Olympic athletes, and has lectured to athletic trainers and world-class athletes about maximizing performance and preventing injury.

Books and Media
In his hundreds of radio and television appearances, including The Dr. Oz Show, The Today Show, and Good Morning America, Dr. Fuhrman has educated millions of people on the long-range benefits of healthy eating. His four hugely successful PBS specials, which have raised over $30 million for public television, bring essential nutritional knowledge to homes all across America.