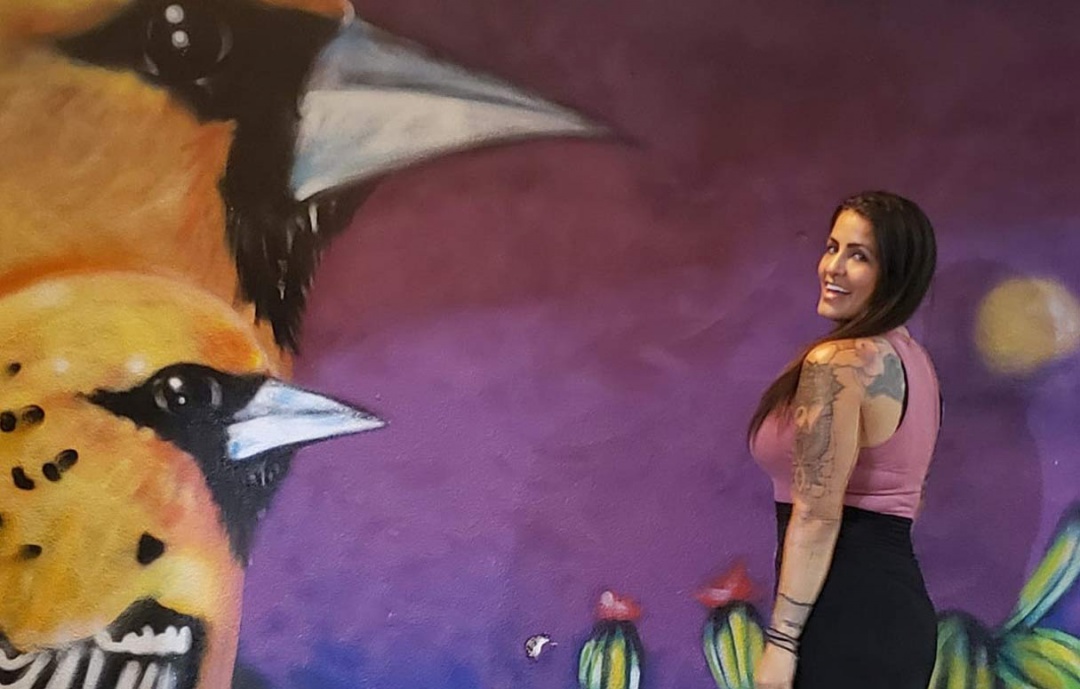 Some would call Connie an uber-activist, as she’s been known to do major stunts multiple times a week. Her most notable stunt is called the Vegan Batman Light. Connie projects change-provoking messages that span 75 feet in diameter or 7 stories tall on walls up to 1/2 mile away. Connie has carried out over 170 stunts and 68 police interactions, having been threatened with arrest many times.

Her first light projection displayed on the Los Angeles Farmer John Slaughterhouse. She’s shown her light in such diverse locations as along major freeways in LA, on the Staple Center, on Las Vegas hotels, at the Arizona Talking Stick Arena and many other prominent locations.

After years of activism, she discovered a dark, unnoticed truth; the agriculture industry had removed themselves from the laws of supply and demand. The US Farm Bill incentivized animal farmers to produce surplus regardless of changing demand. Year after year, they got more and more bailouts while dumping dairy down drains, and shipping off surplus cheese and meat for the federal government to store at tax payer expense. Connie Spence founded Vegan Justice League, a federal vegan lobbying group and the Agriculture Fairness Alliance to bring fairness back to farm policy, and to make the animal agriculture industry play by the rules of supply and demand once again.

She dedicates much of her free time education vegans about how the food system is monopolized and rigged by the livestock farmers and what we need to do to solve it.  You can learn more here:  www.veganjusticeleague.com and see some media written about her here: