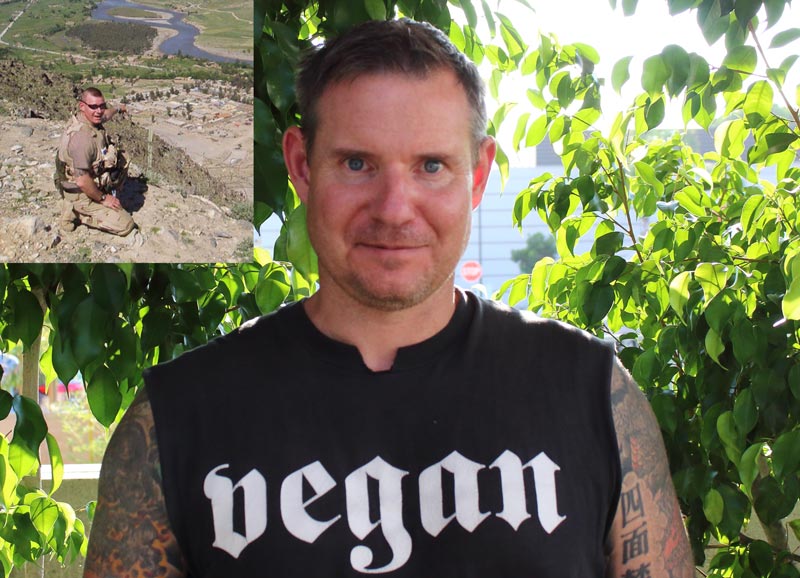 SGT Vegan (AKA Bill Muir, RN, BSN) left a cushy job teaching English in Japan after 9/11 to join the Army. Despite being afraid of heights, he became a paratrooper with the 173rd Airborne Brigade, and served in Afghanistan as a Combat Medic. A vegan since 1992, SGT Vegan adhered to his PLANT- FUELED diet throughout his rigorous training and deployment.

Since being Honorably Discharged from the Armed Services, SGT Vegan has earned a Certificate in Vegan Culinary Arts from Atlantic Union College and a Bachelor of Science in Nursing Degree from Drexel University.