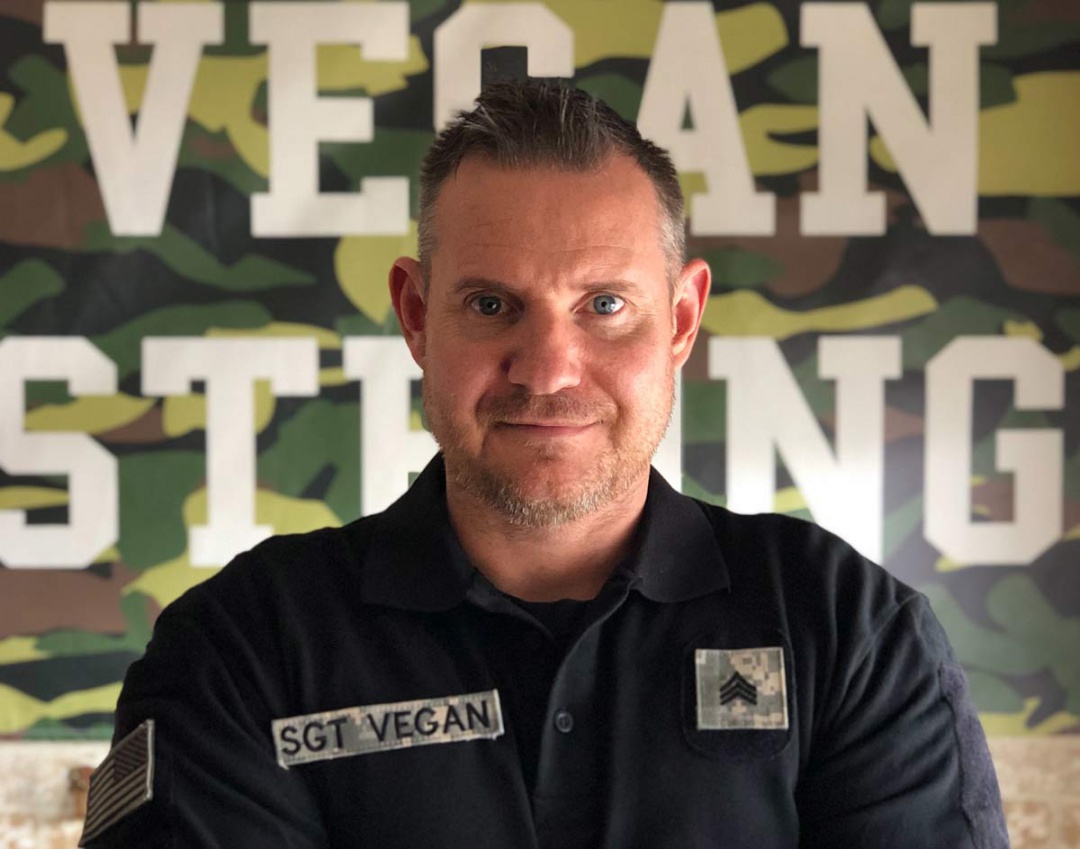 Bill Muir, RN (AKA SGT Vegan) left a cushy job teaching English in Japan after 9/11 to join the Army. Despite being afraid of heights, he became a paratrooper, and served with the 173rd Airborne Brigade in Afghanistan as a Combat Medic. A vegan since 1992, Bill adhered to his PLANT- FUELED diet throughout his rigorous Army training and deployment.

Since being Honorably Discharged from the Armed Services, Bill has earned a Certificate in Vegan Culinary Arts from Atlantic Union College and a Bachelor of Science in Nursing Degree from Drexel University, and has authored the book VEGAN STRONG.

Bill now resides in Culver City, CA, and serves our Nation’s Heroes as a Registered Nurse at the West Los Angeles Medical Center. He has been interviewed on numerous TV shows all across America, and has appeared on NPR’s All Things Considered. In his free time, Bill enjoys working out, travelling the world with The Vegan Road Trip, snowboarding, surfing, practicing his Japanese, and cooking Kick-Ass vegan dishes.